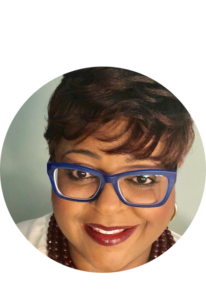 Ronda Robinson is the owner of Carmine Communications, a public relations, media training and corporate event planning company. She also the owner of a new talk radio show entitled, Solutions, which airs on 101.1fm each Sunday at 4:30pm.

As Director of Communications for the Birmingham Jefferson County Transit Authority (BJCTA) which operates the MAX Transit bus system, Ronda was the BJCTA spokesperson and an advocate for better public transportation.

This was familiar territory for Ronda as she is also known for her work as a Consumer television reporter and anchor. She would investigate and get results for everyday issues for viewers who felt like they had nowhere else to turn.

In 2001 and 2002 Ronda received Associated Press Awards for her coverage of the Tom Blanton and Bob Cherry murder trials. Blanton and Cherry were convicted for their parts in the 16th Street Baptist Church bombing that killed four little girls in 1963.

In 2005, the National Association of Black Journalists honored Ronda with the Best Investigative Reporting Award for her story exposing “Dirty Playgrounds” at area fast food restaurants.

Before coming to a Birmingham television station in 2000, Ronda worked as both a Reporter and Anchor for television stations in North Carolina, Florida and South Carolina. As the years pass, she says “Alabama is looking more and more like home”. Ronda is a very active volunteer in her community and a proud member of Delta Sigma Theta Sorority, Inc.